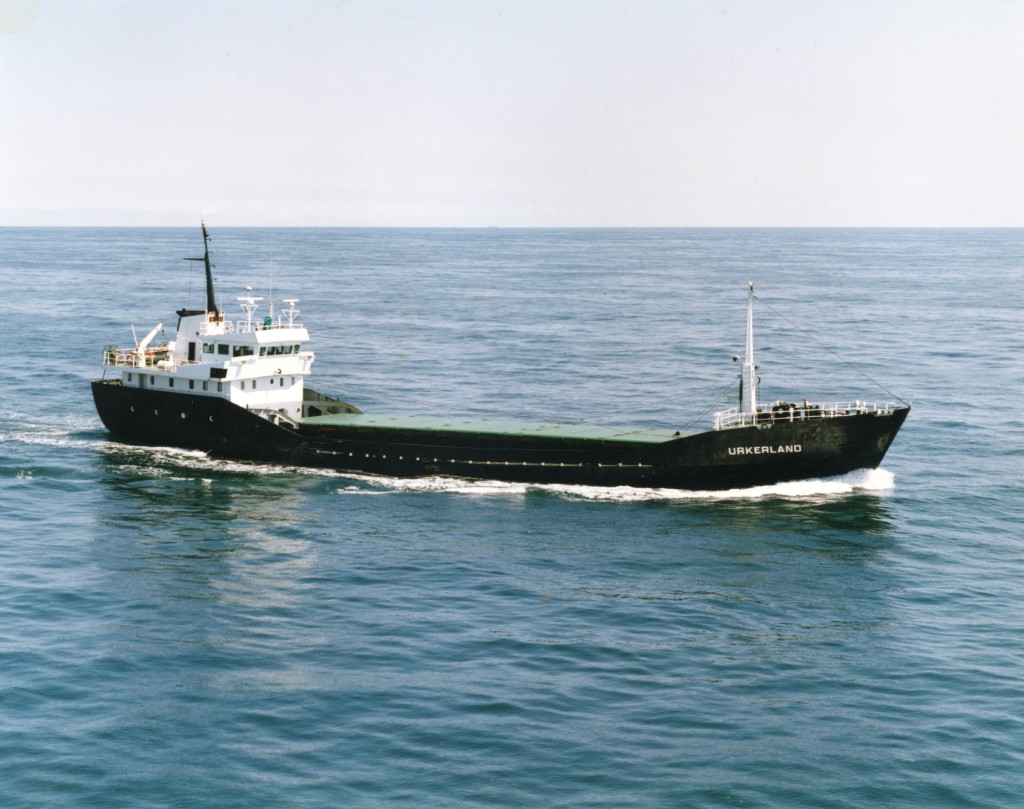 In 1992 we started to sail for Wagenborg Shipping BV with the Urkerland, until now we are still working with them, also because of their trust and cooporation we evolved to the company we are now.

We named the vessel Urkerland because our father had the same name on his ship from 1946 to 1952 and later on his tug. 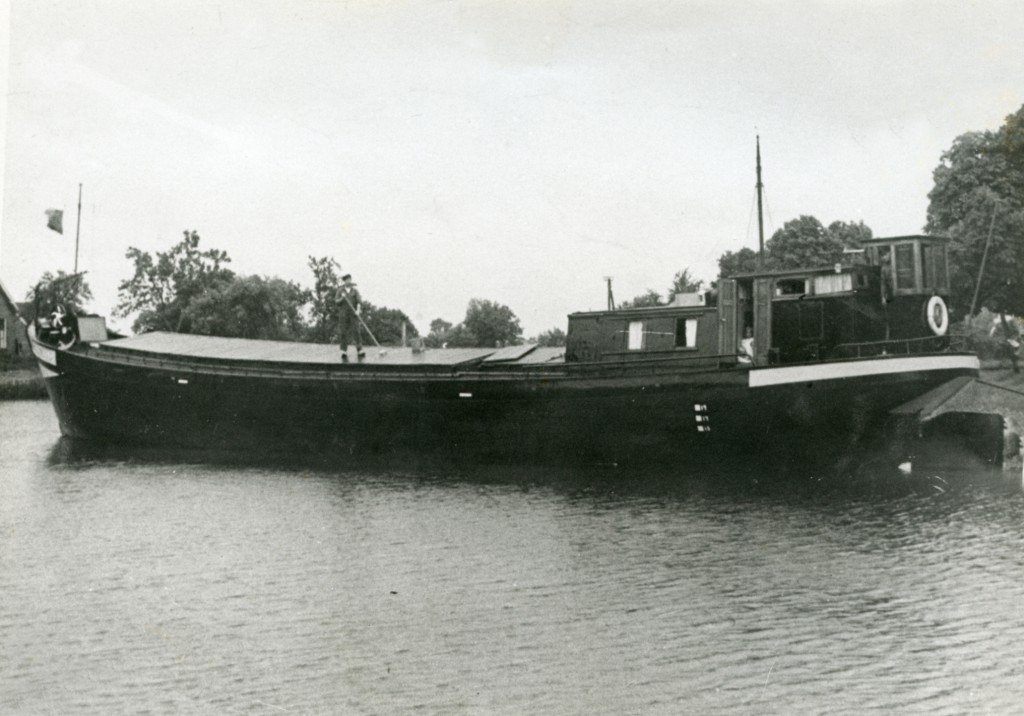 In 1994 we sold the Urkerland and bought a Dutch build low airdraught vessel of 2.400 ton dwt, the Batavier. With this vessel we could sail on the rivers and canals in Europe, max air draught was 6.40 m. 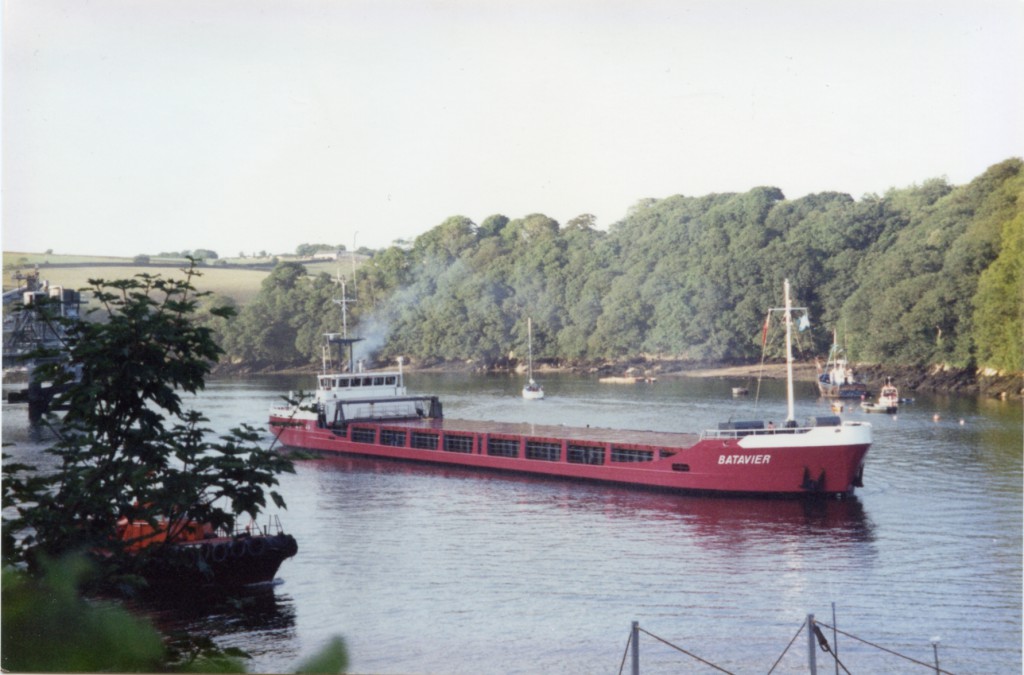 With the Batavier we sailed 10 years in time-charter for E P Shipping & Trading BV in Rockanje, and sailed a lot on the river Rhine to Germany and England, Ireland and Northern Spain. 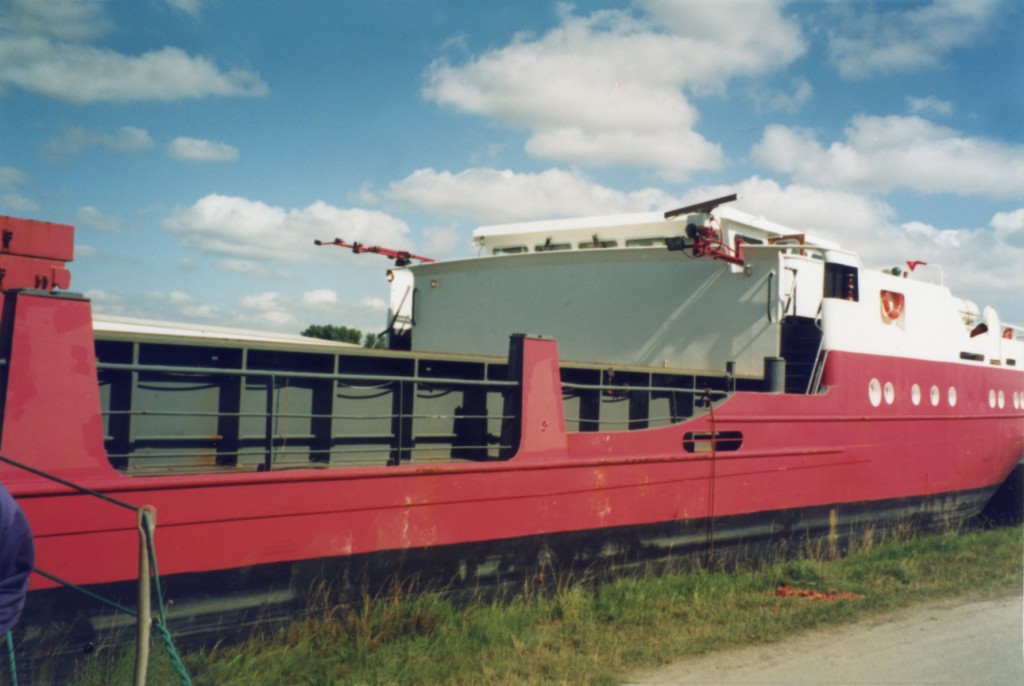 In 2002 we got the opportunity to build a new vessel together with Wagenborg Shipping BV and our older brother Henk who had a ship in inland shipping and only wanted to  invest money in the new project. The vessel was build at Peters Shipyard in Kampen Holland and was 5.000 ton dwt. 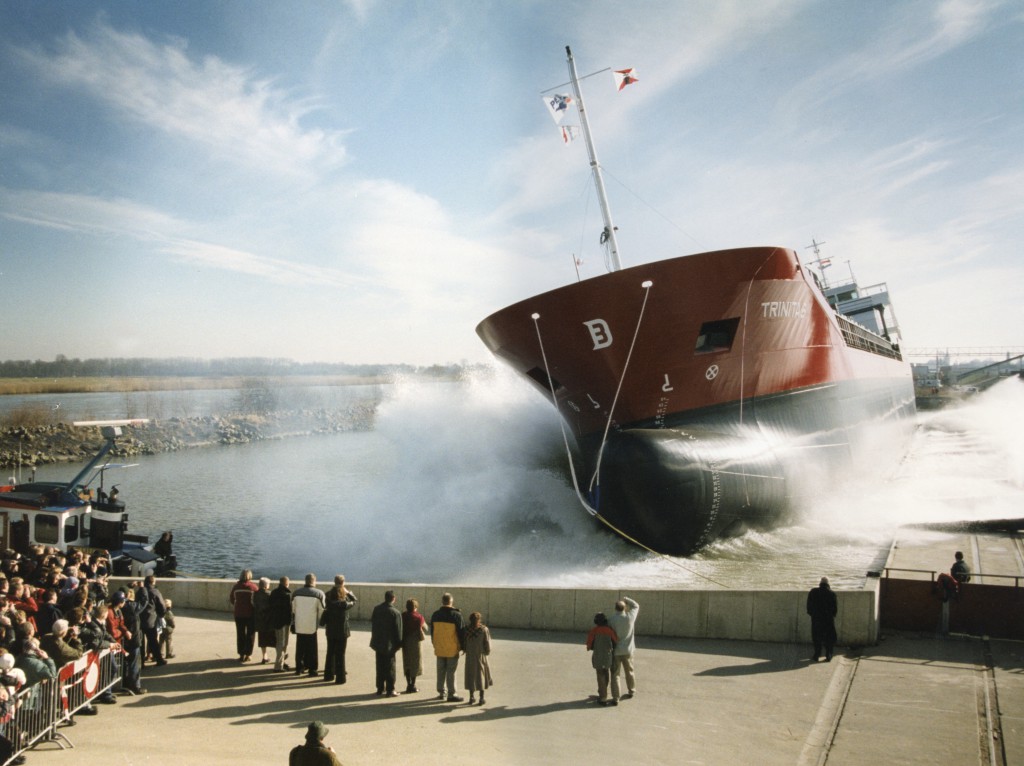 We named her Trinitas which means “3 together” as we are 3 brothers working together. Also the emblem of the company was born, the “D” which our father used in the funnel of his tug with a “3” in it. The Trinitas was lanched in february 2003 and we started to sail with her in March 2003. With the Trinitas we sailed all around Europe, mainly the Baltic and the Mediterranean. 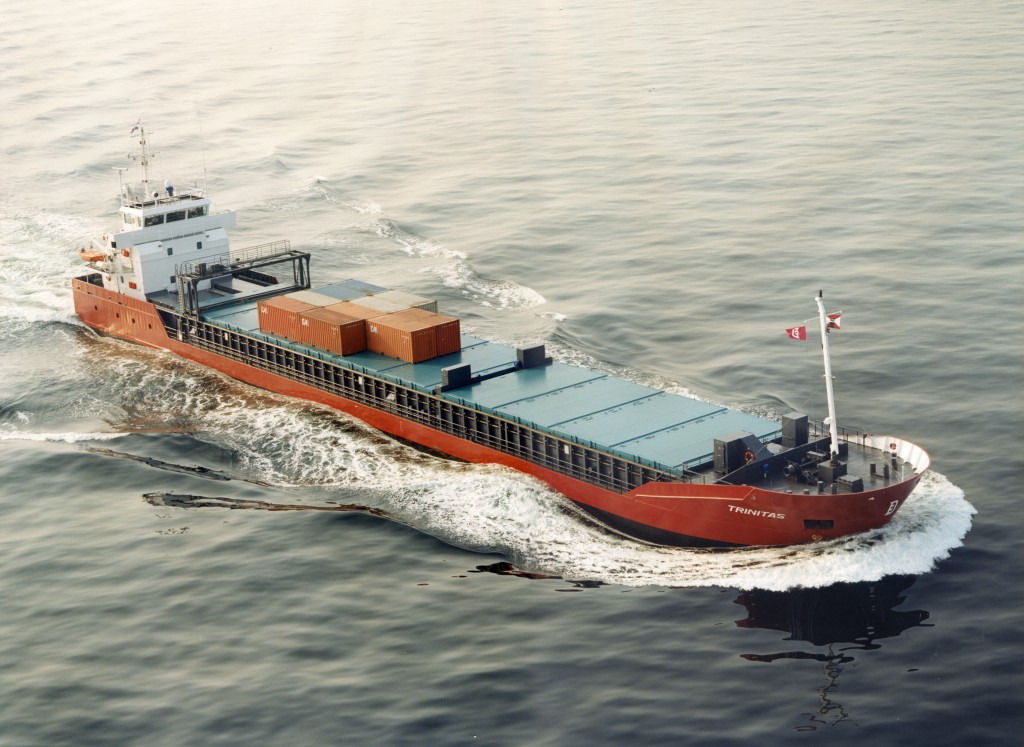 In 2004 we sold the Batavier and ordered another vessel at Peters Shipyard Kampen,  a longer version of the Trinitas. The Navitas was 6.000 ton dwt, Jan Willem and Peter were owner of this vessel together with “silent partner” Wagenborg Shipping B.V. She was lanched in november 2004 and we started sailing with her in january 2005. After sailing pipes from Norway to Scotland and later from Scotland to Beverwijk in the first year, she sailed all around Europe later on. 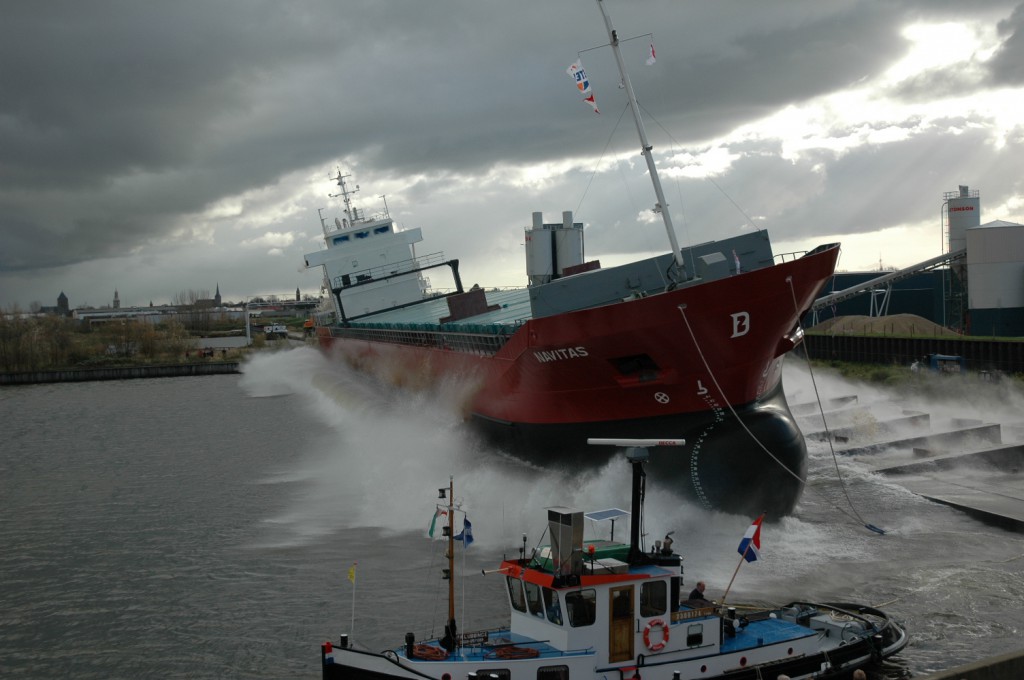 In 2006 we signed a contract with Damen Shipyard Gorinchem for the new building of the new Trinitas, a 12.000 ton vessel with 2 cargo cranes and full tweendeck. 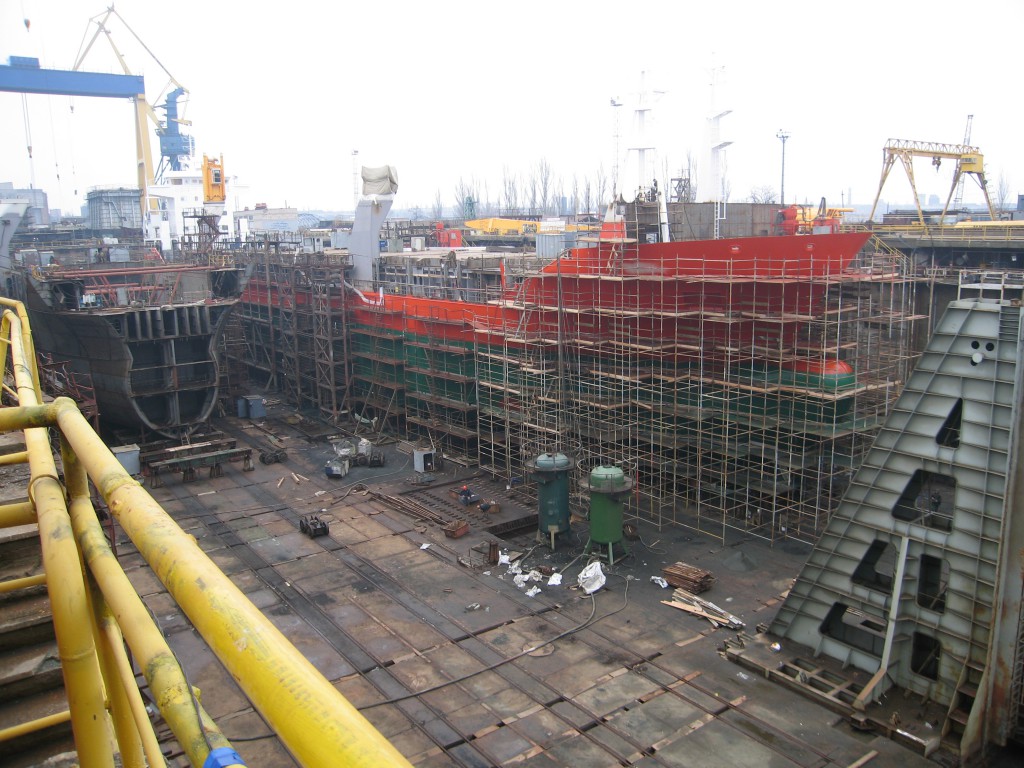 The intention was to sell the Navitas and Trinitas and to continue only with the new Trinitas. In april 2007 we sold the “old” Trinitas and in july 2007 we sold the Navitas. In august 2007 we took over the new Trinitas from the Shipyard, she was build in Nikolaev, Ukraine. In September 2007 the vessel arrived in Rotterdam where she was christened at the Wilhelmina Kade in Rotterdam as Trinitas. 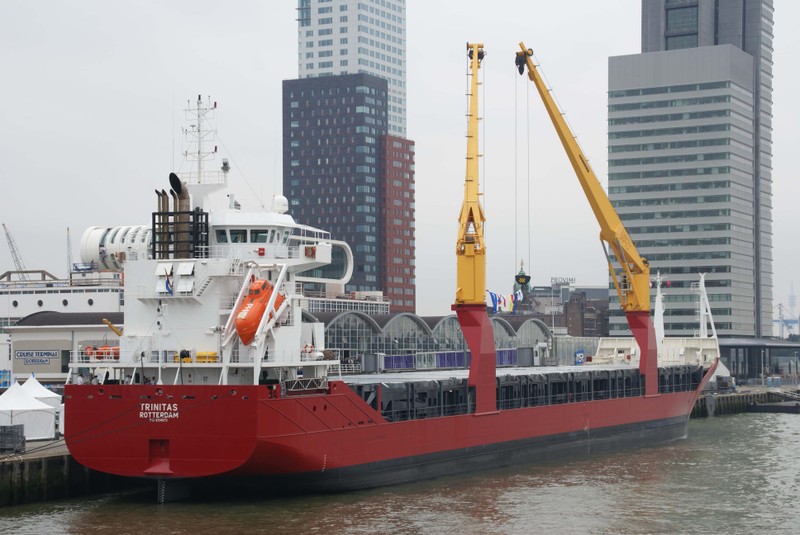 Next day she was renamed in Nirint Hollandia for a long term time charter with Nirint Shipping BV in Rotterdam for a liner service between Moerdijk-Bilbao-Venezuela-Cuba-Canada and back to Europe. 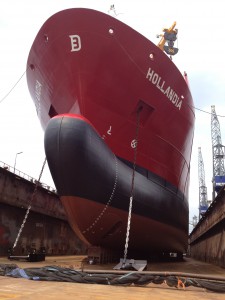 During special survey in june 2012 the vessel was renamed in Hollandia on request of the time charterer.